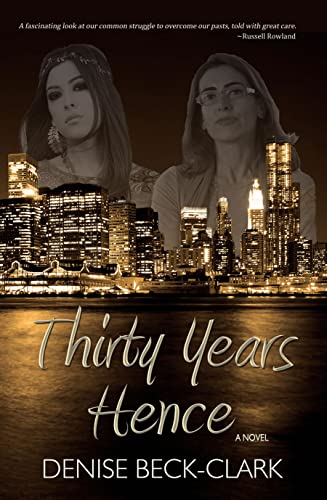 “The novel provides a wonderful sense of the New York City of the 1970’s. Washington Square Park, Greenwich Village, squalid six floor walk-ups and posh co-ops, streets crowded with hustlers and cabbies, all come to life….The novel’s plot-lines are excellently weaved throughout, and … the narrative moves ever forward, with several twists and turns maintaining the interest of the reader. The characters are fully developed as the reader … identifies with their struggles and motivations. At the end of the day, Beck-Clark succeeds in spinning a true to life tale of Holocaust memory, trauma, and recovery, that is both sad and inspiring.”

“In Beck-Clark’s debut novel, a group of troubled people try a quirky method of spiritual and psychological healing in order to get on with their lives…. Beck-Clark does a good job of developing her cast… a well-intentioned and uneven novel – but one that is worth a read.” 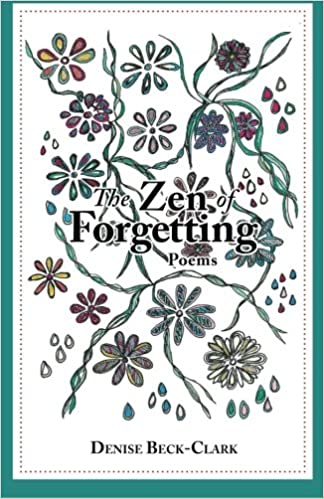 A collection of poetry and artwork by the author.

In this collection of narrative poems, Beck-Clark produces a visual array of life moments, turning points and wisdom. Beck-Clark finds power inside the five senses, building vividly colorful landscapes and crisp sounds to draw readers in. Beginning the collection with a graphic narrative of a bicycle accident, Beck-Clark introduces the theme of death and the temporary nature of all life, a thread that runs throughout the book. Whether speaking about health, friends’ unwise marriages, dreams or childhood memories, the author addresses aging and the grace of wisdom that can act on anyone who grows older with an open mind and open eyes. In “I remember Maxwell’s Plum” and elsewhere, Beck-Clark’s use of imagery delivers poignant verses with sharp alliteration and soundplay to awaken readers’ senses: “Then, the sprawling streetlight and / Traffic light colors zigging and zagging….We sipped the liquid candy, laughing, / Humming, slipping quarters into the juke box.” Beck-Clark punctuates her poems with striking pen drawings that feel partially mosaic and geometric while also celebrating flows, cycles and shapes. The color drawings are similar in theme and motif but markedly different, serving as breaks between the often poignant poems. The author concludes the collection with a poem about her son and the lifelong struggle between nature and nurture, between protection and empowerment. This last poem, “Special Needs Mom,” succinctly ties together the collection, ending on a universal and positive theme of love. Overall, with its conversational tone, stimulating images and sounds, the collection succeeds in depicting universal themes within particular, personal moments.

This is the powerfully moving true story about the lifeline forged by a man given up by society as hopeless and a compassionate woman who will not give up on him and their future.

Like “Dead Man Walking,” but with a happy ending, Concurrent Sentences is the remarkable story of one woman’s enduring belief in the inherent goodness of one of soceity’s outcasts. It chronicles the redemptive power of love and celebrates the process by which that love, along with trust and commitment, can rehabilitate someone who has been labeled irredeemable.

Denise Beck-Clark, psychiatric social worker, tells story of imprisoned decorated Vietnam war vet who is freed from life sentence through persistence of the author, his fiancee, who believes in his innocence. — Today’s Books, October 26, 1999